Rooftops of Tehran: by Mahbod Seraji 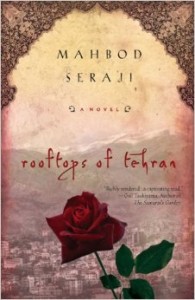 Now this was an amazing novel. I am always intrigued by other cultures, especially ones we have a limited view of without distortion from the media. Seraji himself moved to the United States from Iran when he was 20, shortly before his country was thrown into turmoil and the Shah was overthrown. He mentions discovering reading at age 10 reading ‘White Fang’ by Jack London. I mention it because yet again it comes home that in Iraq, Iran, in any country in the world humans are the same, but how little we know about them sometimes. Who are they? What do they wear? What do they eat? Most of all, what are they like?

In the summer of 1973 Pasha and his best friend Ahmed spend most nights on the rooftops gazing at the stars and dreaming about girls. We follow them through the alleys of Tehran while they visit friends, alternately play in the streets or get into scuffles, go to school with despotic yet hilarious teachers, and shyly get to know their crushes. This is the last carefree summer they will know though. An older respected friend of theirs is involved in revolutionary activities, and when he is taken away the entire neighborhood is changed forever. 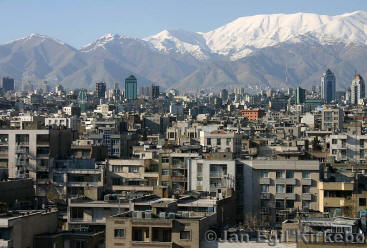 Who knew it snowed here?

The warm, friendly and funny Persian culture shines through this entire book as we learn how the law and regime governed their lives, but not their spirit. It is heartbreaking and poignant, those power words apply for once, about friendship, love and struggle. It is a teenager’s point of view, complete with some cussing and shenanigans, but in the end you mourn the way these boys have to grow up.
A wonderful look at a totally different culture that gives you insight into who the Persians are, and this is not just a ‘chick-lit’ sort of book despite the pink cover, I’d recommend it to anyone.

I was born and raised out on the fringes of the rainy Pacific Northwest on fishing boats and cold beaches with only a dog and kittens for company, and so my love of reading and creating stories started very early. My dad would illustrate my early stories and I would listen to him ramble about European history and warfare, eagerly asking questions about Kings, Queens and our own family history. In my adult life I am wife to a brilliant and hilarious web designer and mother to two wonderfully weird children whom I am trying to pass on to my love of learning about the world. I'm an amateur genealogist, amateur photographer and amateur history major haha. I'm good at doing amateur stuff lol. During the last couple years I finally turned my life-long urge to write into a serious endeavor and finished my first novel called (for now) The Stone and the Stars, about a dying dystopian society, and one girl trying to escape it before it collapses. While I finish cleaning up the edges on my novel for the umpteenth time, and before I send it out into the world, I've lately begun a novel about utopia, this time on Earth. I'm finally living up to the nerdy book-worm title my family 'lovingly' pinned on me from the time I was small, and finally doing that one thing I feel like I was born to do. Cliche and silly? Yes!
View all posts by Deanne →
Tagged  Fiction, historical-fiction, Iran, Mahbod Seraji, Persia, Rooftops of Iran, Shah.
Bookmark the permalink.