Picking up a mystery: Drood

So I decided to post on-going thoughts when I’m starting a book or in the middle of one. Sometimes those are more pertinent than whatever I remember by the time I finish it. I’m looking at this like a diary, a kind-of writing exercise cause I’m not at the point where people follow my posts 😉 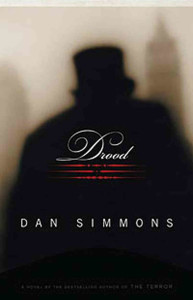 I bought this book over a year ago but couldn’t get into it. Picking it up again, desperate to read something, to my surprise it’s flowing nicely!
I find that sometimes I am in a genre groove and can’t get out of it, nothing else will suffice. I suppose I bought this while I was reading The Sword of Truth series or something. Fantasy does not mix with Dickens. Anyways, I found out that the mysterious events surrounding the premise of this book: a strange man and a deadly train crash, Dicken’s own obsession and death within five years of the event were all true! Game on, I love reading this kind of stuff. Plus the author, Dan Simmons wrote another awesome book. Sadly I did not write a review and I’d probably need to read it again. The ending was weird. I like arctic or Sahara expedition tragedy stuff and ‘The Terror’ was pretty good. Check it out. 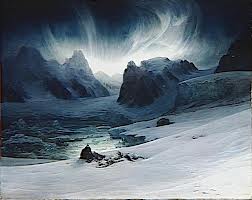 Update 3/2/14 I eventually caved and put Drood in the to-go pile for the bookstore. I took a break and came back to it no less than three times, and for about a week I persevered in reading it each time I wanted to pick up a book, but I could never make it past about 25 pages at a time which is stupendously unusual for me. I really wanted to like it, but it went ON and ON and never went anywhere. I cannot conceive of making it even halfway through it, and Dickens is a bit of a jerk on top of it. It did however interest me in the real mystery and in Dickens real life…whereso after reading wikipedia for a bit I also concluded Dickens was a jerk. Such a shame. I’ll write a review on The Terror eventually instead!

I was born and raised out on the fringes of the rainy Pacific Northwest on fishing boats and cold beaches with only a dog and kittens for company, and so my love of reading and creating stories started very early. My dad would illustrate my early stories and I would listen to him ramble about European history and warfare, eagerly asking questions about Kings, Queens and our own family history. In my adult life I am wife to a brilliant and hilarious web designer and mother to two wonderfully weird children whom I am trying to pass on to my love of learning about the world. I'm an amateur genealogist, amateur photographer and amateur history major haha. I'm good at doing amateur stuff lol. During the last couple years I finally turned my life-long urge to write into a serious endeavor and finished my first novel called (for now) The Stone and the Stars, about a dying dystopian society, and one girl trying to escape it before it collapses. While I finish cleaning up the edges on my novel for the umpteenth time, and before I send it out into the world, I've lately begun a novel about utopia, this time on Earth. I'm finally living up to the nerdy book-worm title my family 'lovingly' pinned on me from the time I was small, and finally doing that one thing I feel like I was born to do. Cliche and silly? Yes!
View all posts by Deanne →
Tagged  Charles Dickens, Dan Simmons, diary, Drood, The Terror.
Bookmark the permalink.