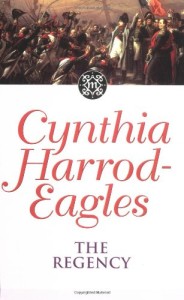 You aren’t going to believe this, but the era of Napoleon’s iron-grip of Europe isn’t even close to over, that rascal. Having been beaten by England’s navy, the madman decided to go attack Russia, which as we all should know is a bad idea and is going to end badly.

Now, the spoilers from the end of the last book. Lucy’s husband Chetwyn was completely undone by the blow to his reputation which was already fragile from Lucy’s multiple children of her love-affair with Captain Weston. When Chetwyn fell gently in love in a young man and found some sparkle in life finally by simply palling around with the fellow, it looked real bad to society, and Chetwyn, faced with a final blow from Lucy, accidentally (?) killed himself with a hunting shotgun. Lucy did not escape total censure, Weston whom she loved above all else was killed in the battle of Trafalgar.

James’ wife Mary Ann found love for a brief instant of time, before she and her son both died of cholera that swept the filthy industrial town of Manchester, leaving her father heart-broken and without an heir besides his nephew who runs the mills for him.

James however came out on top because he is finally able to marry the love of his life (never mind the other love he pined after and the child of that affair he’s never known) Heloise, and he is finally happy. The reader is happy for Heloise and her daughter with James, Sophie, and although Jemima (James’ and Lucy’s mother) has now passed away, all is as it should be.

Except- the fly in the ointment- that horrid brat Fanny, daughter of James and Mary Ann, is the worst arrogant, dangerous-even prank-puller, entirely spoiled and abetted by her father; heiress that ever walked the fields of England. (Forgive the wild punctuation of that sentence). James continues to ruin her character as she grows, almost entirely unwilling to see he is raising a monster. Fanny has a great deal of greed and once she finds out her grandfather in Manchester isn’t leaving the mills to her, she embarks on a campaign to wind the old man around her finger.

Nevertheless, this book is very interesting, kinda knuckle-biting in the way that the reader now cares for the ultimate destiny of Morland Place as much as the fictional caretakers of it do, wondering if Fanny will mature as she grows up, be able to be tamed by a governess or whether she will toss family members and old servants she doesn’t like out whole kit and kaboodle once she takes over as Mistress upon her 21st birthday. Her ungovernable nature is tempered with a brilliant mind and a restless energy which isn’t always cruel and is often adventurous.

As this story winds to new beginnings, and focuses on the badly needed industrial revolution, nothing and nobody is safe from the writer’s pen.

I was born and raised out on the fringes of the rainy Pacific Northwest on fishing boats and cold beaches with only a dog and kittens for company, and so my love of reading and creating stories started very early. My dad would illustrate my early stories and I would listen to him ramble about European history and warfare, eagerly asking questions about Kings, Queens and our own family history. In my adult life I am wife to a brilliant and hilarious web designer and mother to two wonderfully weird children whom I am trying to pass on to my love of learning about the world. I'm an amateur genealogist, amateur photographer and amateur history major haha. I'm good at doing amateur stuff lol. During the last couple years I finally turned my life-long urge to write into a serious endeavor and finished my first novel called (for now) The Stone and the Stars, about a dying dystopian society, and one girl trying to escape it before it collapses. While I finish cleaning up the edges on my novel for the umpteenth time, and before I send it out into the world, I've lately begun a novel about utopia, this time on Earth. I'm finally living up to the nerdy book-worm title my family 'lovingly' pinned on me from the time I was small, and finally doing that one thing I feel like I was born to do. Cliche and silly? Yes!
View all posts by Deanne →
Tagged  Cynthia Harrod-Eagles, Napoleonic Era, The Regency.
Bookmark the permalink.