The Help: by Kathryn Stockett 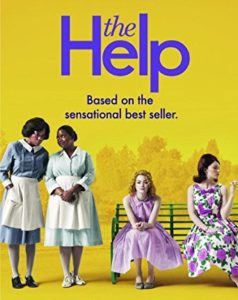 Slavery was outlawed in 1863 freeing several million people to have the right to choose their own path in life. Sadly though it’s no news that racial prejudices still exist. When I was growing up in the 80s and 90s I somewhat mistakenly thought that racism was extinct, not having much exposure up in Washington state. Life in the South however has been quite different and still is in many areas today. It has had its own unique history from that moment the Civil War ended.

The author herself was raised in Jackson, Mississippi in the 1960s which gave her a unique perspective. Many white children were nannied by black women who cradled them, sang to them, dressed them, watched over them; and yet had a much lower status as a person. This book examines the relationship between the employer and employed, between the maids and the children. What happens when the black women who are not considered fit to sit on the same toilet seats as the Mr. and Mrs. of the house are expected to raise those same people’s children? What was it like for those women? 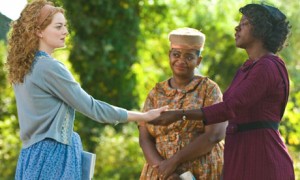 This was a really thought-provoking book which I felt seamlessly expressed the thoughts and feelings of the women who narrarate it. The book opens with the main character Abileen and her charge ‘Baby Girl’ whom she cares for and has a close, sweet bond with. This contrasts sharply and unexpectedly with the snobbery of the little girl’s mother Miss Leefolt. Miss Leefolt is cruel to her child and downright condescending if not completely dismissive and hostile to Abileen. Right away I was drawn into Abileen’s voice her smooth story-telling and seeing the world through her eyes. Abileen was my favorite by far although the book switches voices to tell many sides to this complex story. There are many outstanding characters such as Minny the maid whose no-nonsense mouth gets her in trouble with employers, the strange housewife Cecilia Foot who gives Minny a last chance at employment and hides dark secrets of her own, and Skeeter the brainy, awkward girl who grew up in luxury but is stubbornly curious when her beloved nanny disappears suddenly. The resulting relationships at the time between Skeeter and the housemaids has potentially dangerous consequences for everyone involved.

Sad, poignant, hilarious, I was along for the ride. I’m not the crying type but I did find many deeply moving moments in the book. If you know yourself to be the bawler in movies, you’d do well to have a tissue box. Like all my favorite stories the villains get their comeuppance they completely deserve, and the underdogs get justice in some of those moments where you want to squeeze yourself and laugh out loud. Or maybe I’m just cheesy. I’m going to go out on a limb here and say “feel-good book of the year.”

I was born and raised out on the fringes of the rainy Pacific Northwest on fishing boats and cold beaches with only a dog and kittens for company, and so my love of reading and creating stories started very early. My dad would illustrate my early stories and I would listen to him ramble about European history and warfare, eagerly asking questions about Kings, Queens and our own family history. In my adult life I am wife to a brilliant and hilarious web designer and mother to two wonderfully weird children whom I am trying to pass on to my love of learning about the world. I'm an amateur genealogist, amateur photographer and amateur history major haha. I'm good at doing amateur stuff lol. During the last couple years I finally turned my life-long urge to write into a serious endeavor and finished my first novel called (for now) The Stone and the Stars, about a dying dystopian society, and one girl trying to escape it before it collapses. While I finish cleaning up the edges on my novel for the umpteenth time, and before I send it out into the world, I've lately begun a novel about utopia, this time on Earth. I'm finally living up to the nerdy book-worm title my family 'lovingly' pinned on me from the time I was small, and finally doing that one thing I feel like I was born to do. Cliche and silly? Yes!
View all posts by Deanne →
Tagged  Kathryn Stockett, Mississippi, slavery, The Help.
Bookmark the permalink.