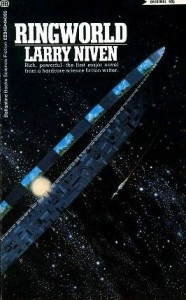 This would make an amazing movie!

Seriously I’m tempted to end the post there, but conditions and standards apply, so: the science is a whopper. After reading it for a bit I knew it was in the classic genre (my personal dates being abt 1950s – to the ’70s) and also why I have so few sci-fi posts, because I’ve read everything I like long before creating the blog, it’s all ancient book history by now.

If you are not familiar with classic sci-fi, aka: actual science in book, some of it might be a bit of a headache. There’s none of this ‘and then they landed’. No it’s HOW they landed and how LONG it took who thought what, and everything in between which isn’t everyone’s type of sandwich. If that isn’t a used metaphor, it is now.

I’ll be totally honest. I squint my eyes and try to keep up, then let the rest of the paragraph whoosh over my head. If I am missing something in the next few pages then I know I have to read that bit again. (This is a rarely admitted truth of mine). It’s kind of like watching Interstellar and wondering what the crap all this time/technical stuff is, but wow the effects are great!

But it isn’t a bad bit of science, just some stuff that made me want to break a chalkboard filled with equations over my head and run down a hallway screaming like a maniac. Heh. If you can consider getting through reading small bits like that then I continue to heartily encourage you to read this book. Plus, there’s no dragging of the story it will hook you right away with curiosity.

If you can resist sentences like: “A baby blue ribbon stretched across the stars; and man had met superior beings- again.” Then I heartily congratulate you and you are clearly not cut out for science fiction. If the description of a 200 year old human man, bored and looking for adventure (plus the human race might be extinguished in 20k years and that’s of middling interest); a ‘puppeteer’, a race long since thought vanished due to extreme cowardice who is masterminding the whole she-bang; a towering 8 foot tall wall of orange fur who has his honor challenged every other hour but is forced to keep his claws in, eventually becoming a great source of humor (think Worf as a tiger); and a bit of a bimbo of a human girl- gorgeous of course- who initially seems like an afterthought but is the wild card to the whole show sounds interesting- read it. It will keep you guessing to the end, and as far as movies go guess what? THERE’S A SEQUEL TO THE BOOK. TWO!! 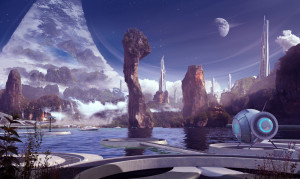 I mean if this isn’t cool, what is?

If you are considering commenting what a nerd I am, save the keystrokes, I know it;)

I was born and raised out on the fringes of the rainy Pacific Northwest on fishing boats and cold beaches with only a dog and kittens for company, and so my love of reading and creating stories started very early. My dad would illustrate my early stories and I would listen to him ramble about European history and warfare, eagerly asking questions about Kings, Queens and our own family history. In my adult life I am wife to a brilliant and hilarious web designer and mother to two wonderfully weird children whom I am trying to pass on to my love of learning about the world. I'm an amateur genealogist, amateur photographer and amateur history major haha. I'm good at doing amateur stuff lol. During the last couple years I finally turned my life-long urge to write into a serious endeavor and finished my first novel called (for now) The Stone and the Stars, about a dying dystopian society, and one girl trying to escape it before it collapses. While I finish cleaning up the edges on my novel for the umpteenth time, and before I send it out into the world, I've lately begun a novel about utopia, this time on Earth. I'm finally living up to the nerdy book-worm title my family 'lovingly' pinned on me from the time I was small, and finally doing that one thing I feel like I was born to do. Cliche and silly? Yes!
View all posts by Deanne →
Tagged  classic sci-fi, Larry Niven, Ringworld, sci-fi, Science Fiction.
Bookmark the permalink.