Charlotte and Emily: A novel of the Brontes by Jude Morgan 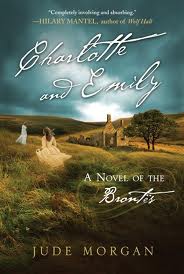 Amazing amazing amazing. Those are my choice of words to describe the creative level of writing displayed by Jude Morgan here. I recently finished a certain book covered in another post that had won an award for being gloomy: I didn’t see the appeal. Charlotte and Emily was the kind of book I think should have awards.

Why is there no gold star on this book?

How come Oprah isn’t putting her book club sticker on it? 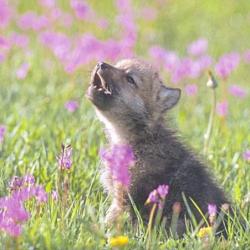 I gotta do baby insanity wolf on this one.

This is the sort of novel that should receive acclaim, by the simple (and yet so rare) virtue of the level of skill and talent Jude Morgan displays in bringing the written word to life.

Jude Morgan authentically covers the real life story of the Bronte sisters Charlotte, Emily and Anne alongside their virulent brother brother Branwell and their storybook caricature of a clerical father. Growing up in the wild moors of Northern England the four siblings were unusually encouraged to read from their fathers extensive library.
Having no playmates, no mother, little sense of what was ‘accepted’ and ‘normal’ for children; the Bronte children developed unusually keen and creative minds. They developed between them a fantasy world that became more real than the limited prospects their real futures seemed to hold.

Both here in fiction as in reality, Charlotte and Emily Bronte grew up in what seems a totally colorless and still world; only to produce a vitality of life in their novels that are considered paramount English classic literature.

Their alternating humorous and sad; shuttered and suffocated, experiences only served to grow the garden of their talent and I can’t think of a better way to beautifully express it than the way it’s handled in Charlotte and Emily.

With the most fantastic creative writing style I’ve seen in ages and ages, Morgan takes you through their struggles to learn and to write, to find their place in a world that seemed to have no place for them. Although easy to read, each page is brimming with fresh perspective and clever descriptions. Morgan has an amazing knack for handling metaphors, similes and simple descriptions. Here are a few examples plucked out of context.

“Charlotte listens: gropes for the homely shape in that raving puzzle of noise.”

“So: it is not so much that your life has changed; rather, it has fallen from a great height, and smashed, and now you must move about among the jagged fragments.”

I wish I could write like this! This is a lovely and haunting book that celebrates the mind and deplores the wasting of it. I highly suggest reading this, for you come to know the four Bronte children in a way you never could simply reading a biography or gazing with your own eyes on the landscape of their home.

One of histories greatest tragedies is that these women never knew how much they would mean to countless generations of women after them. 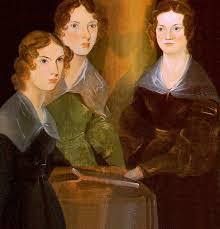 I was born and raised out on the fringes of the rainy Pacific Northwest on fishing boats and cold beaches with only a dog and kittens for company, and so my love of reading and creating stories started very early. My dad would illustrate my early stories and I would listen to him ramble about European history and warfare, eagerly asking questions about Kings, Queens and our own family history. In my adult life I am wife to a brilliant and hilarious web designer and mother to two wonderfully weird children whom I am trying to pass on to my love of learning about the world. I'm an amateur genealogist, amateur photographer and amateur history major haha. I'm good at doing amateur stuff lol. During the last couple years I finally turned my life-long urge to write into a serious endeavor and finished my first novel called (for now) The Stone and the Stars, about a dying dystopian society, and one girl trying to escape it before it collapses. While I finish cleaning up the edges on my novel for the umpteenth time, and before I send it out into the world, I've lately begun a novel about utopia, this time on Earth. I'm finally living up to the nerdy book-worm title my family 'lovingly' pinned on me from the time I was small, and finally doing that one thing I feel like I was born to do. Cliche and silly? Yes!
View all posts by Deanne →
Tagged  Anne Bronte, Branwell Bronte, Bronte, Bronte sisters, Charlotte and Emily, Charlotte Bronte, classic literature, Emily Bronte, Jane Eyre, Wuthering Heights.
Bookmark the permalink.