And the Mountains Echoed: by Khaled Hosseini

Attention! People who were a little too squeamish to read ‘The Kite Runner’ but heard the hubbub or the similar fanfare about Khaled Hosseini’s second novel ‘A Thousand Splendid Suns’, rejoice!
Hosseini’s newest novel ‘And the Mountains Echoed’ is a stirring, uplifting book; and not in the way that your soul is wracked with grief and the only thing left for you to do is tell people it was inspiring while swearing to never watch the movie, and crying yourself to sleep each night.

What I like best about Hosseini’s writing is two part. First he teaches me about Afghan history and culture in a way that humanizes the people. Gasp! Somewhere around the time I read ‘Afghanistan’ on the globe as a kid and thought ‘what a funny name!’ the USA went to war with all Arabs. Or so it seemed. Anyways the Afghan’s aren’t even Arab. What else do I know about Afghans? Oh that girl on National Geographic with the amazing eyes! Everyone knows about her. 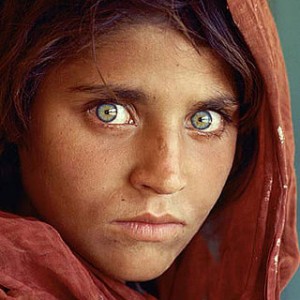 Hosseini taught me so much more about his culture when I read this, the third of his novels.
Secondly, Hosseini has to be one of the most gifted writers in the last couple decades of imagery. He easily evokes whatever he wants to. Childhood memories, loss, hunger, pain, you name it; none of it is trite or overdone. There is a certain author who Will Not Be Named (rhymes with Farks) who trots out the most over-done sentences guaranteed to make your average housewife weep. “No parent should have to lose a child,” is one such line from a ‘Farks’ novel inevitably turned into a movie that I’ll never forget. Well duh!

Instead here’s a tiny snippet of ‘And the Mountains Echoed’.
“I suspect the truth is that we are waiting, all of us, against insurmountable odds, for something extraordinary to happen to us. What I did not foresee is that I would fade away.”
“Abdullah could not picture that Father had once swung on a swing. He could not imagine that Father had once been a boy, like him. A boy. Carefree, light on his feet. Running headlong into the open fields with his playmates. Father, whose hands were scarred, whose face was crosshatched with deep lines of weariness. Father, who might as well have been born with a shovel in hand and mud under his nails.”

I didn’t even cry, although I nearly did several times. I am actually a robot. What is the story about you ask? Click the link, you dolt. I don’t like to give things away.

I was born and raised out on the fringes of the rainy Pacific Northwest on fishing boats and cold beaches with only a dog and kittens for company, and so my love of reading and creating stories started very early. My dad would illustrate my early stories and I would listen to him ramble about European history and warfare, eagerly asking questions about Kings, Queens and our own family history. In my adult life I am wife to a brilliant and hilarious web designer and mother to two wonderfully weird children whom I am trying to pass on to my love of learning about the world. I'm an amateur genealogist, amateur photographer and amateur history major haha. I'm good at doing amateur stuff lol. During the last couple years I finally turned my life-long urge to write into a serious endeavor and finished my first novel called (for now) The Stone and the Stars, about a dying dystopian society, and one girl trying to escape it before it collapses. While I finish cleaning up the edges on my novel for the umpteenth time, and before I send it out into the world, I've lately begun a novel about utopia, this time on Earth. I'm finally living up to the nerdy book-worm title my family 'lovingly' pinned on me from the time I was small, and finally doing that one thing I feel like I was born to do. Cliche and silly? Yes!
View all posts by Deanne →
Bookmark the permalink.