When good kings go bad, when someone lets a woman on the throne (!), when there are simply too many heirs to choose from or none at all- whens like these have led throughout time to the most ridiculously truth-is-stranger-than-fiction stories about world royalty. It was only fair that my first sentence be as long as that ridiculous title. I was super excited to find this at the used bookstore for five dollars, my Kindle wanted like 13! I can’t pay that much for something I’ll whip through in a day! The title pretty much speaks for itself, it’s the kind of book you want to take to the beach, or… the beach. Where else do people read on vacation? Hmm. 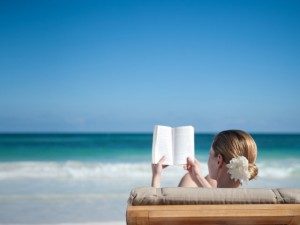 There were far too many search results for people on toilets…

A cruise? Anyways it’s got every tidbit I’d randomly come across in my historical fiction and non-fiction reading, plus a ton more, and I couldn’t help but read the whole thing in a posh British accent.

The tone of the writing is fresh and fast, the humor told in a droll manner. Be right back…okay I couldn’t find the author’s nationality; seriously in this day and age?! But he does have a fabulous beard- Wicked Queens and Wanton Kings. From Elizabethan England to Inquisitional Spain, ancient Rome and everywhere in between, these are short stories that dive right in with just the right amount of background detail. Honestly, the behavior of these people was ridiculous. Everyone knows about Henry VIII and his penchant for going through wives like a pig through butter, but did you know that the sons of King George the III of England, later both kings themselves, had fifty-six bastards (ie: not by the wife) between them? The moral debauchery is one thing, extreme greed and insanity seemed quite popular as well. Joanna the Mad was the daughter of the legendary Ferdinand and Isabella of Spain. She was head over heels in love with her husband, unfortunately he couldn’t stand the sight of her. Her way of handling this seemed to be extreme psychotic episodes including standing outside in just her nightgown in the freezing cold for thirty-six hours, bursting in upon her husband and a mistress with scissors and slashing the woman’s hair and face; and most crazy, loosing her mind completely when he died sleeping beside the coffin at night and keeping it company for fourteen years. That lovely strain of insanity passed itself down through generations of loyalty.

There are tons of crazy stories, the kind that make you shake your head, the kind that crack you up- did you know Peter the Great came home from his Euro-trip and decided ALL the men in Russia looked old fashioned with their beards and made everyone shave or pay a fine? In some cases he just grabbed hold of the poor guy’s face and whacked it off himself. Have you ever read how ridiculously darkly funny and nearly impossible it was to assassinate Rasputin? He was poisoned with enough poison to kill an army, beat, and shot more than once all of which only enraged him as he ran around in the snow like a crazed bear. The murderers only succeeded in killing him because he happened to drown in the river they tossed him in.

The list of torturous, gluttonous, really just horrible humans came later in the book and honestly really ended it on a sour note for me. I’d read about Roman emperors before and had the same reaction: almost too hard to believe they were human beings; well this time it was combined with a section about the Popes, who nearly blew the cruelty and depravity of Rome out of the water. That really wasn’t fun for me to read, people who are used to reading horror might get a kick out of it, it certainly isn’t written in a foul manner, but if you know anything about the middle ages you will get an idea of the gruesome kinds of tortures that were perpetuated against victims. I am not squeamish, but I kinda didn’t feel good after reading so much of it in a row. Let’s just say if I believed in a hell most of those Popes would no doubt be surprised to find themselves there!

Humans are curious by nature, nosy and delighted in scandal. This book is guaranteed to satiate that desire, even make you more curious to read about the real people involved. Many of the tales are fun and light-hearted, some are tragic and wistful, and all of them are true. You can’t fail but to be moved by the stories of many of these people, which in my opinion is exactly what books are meant to do; and hopefully learn a lesson or two about manners, fidelity, and kindness along the way.

I was born and raised out on the fringes of the rainy Pacific Northwest on fishing boats and cold beaches with only a dog and kittens for company, and so my love of reading and creating stories started very early. My dad would illustrate my early stories and I would listen to him ramble about European history and warfare, eagerly asking questions about Kings, Queens and our own family history. In my adult life I am wife to a brilliant and hilarious web designer and mother to two wonderfully weird children whom I am trying to pass on to my love of learning about the world. I'm an amateur genealogist, amateur photographer and amateur history major haha. I'm good at doing amateur stuff lol. During the last couple years I finally turned my life-long urge to write into a serious endeavor and finished my first novel called (for now) The Stone and the Stars, about a dying dystopian society, and one girl trying to escape it before it collapses. While I finish cleaning up the edges on my novel for the umpteenth time, and before I send it out into the world, I've lately begun a novel about utopia, this time on Earth. I'm finally living up to the nerdy book-worm title my family 'lovingly' pinned on me from the time I was small, and finally doing that one thing I feel like I was born to do. Cliche and silly? Yes!
View all posts by Deanne →
Tagged  Caesar, Caligula, Catherine the Great, Empress Elizabeth, Henry VIII, History, Marie Antoinette, Nero, Peter the Great, Pope, Queen Elizabeth, Queen Mary, Royal Scandal.
Bookmark the permalink.